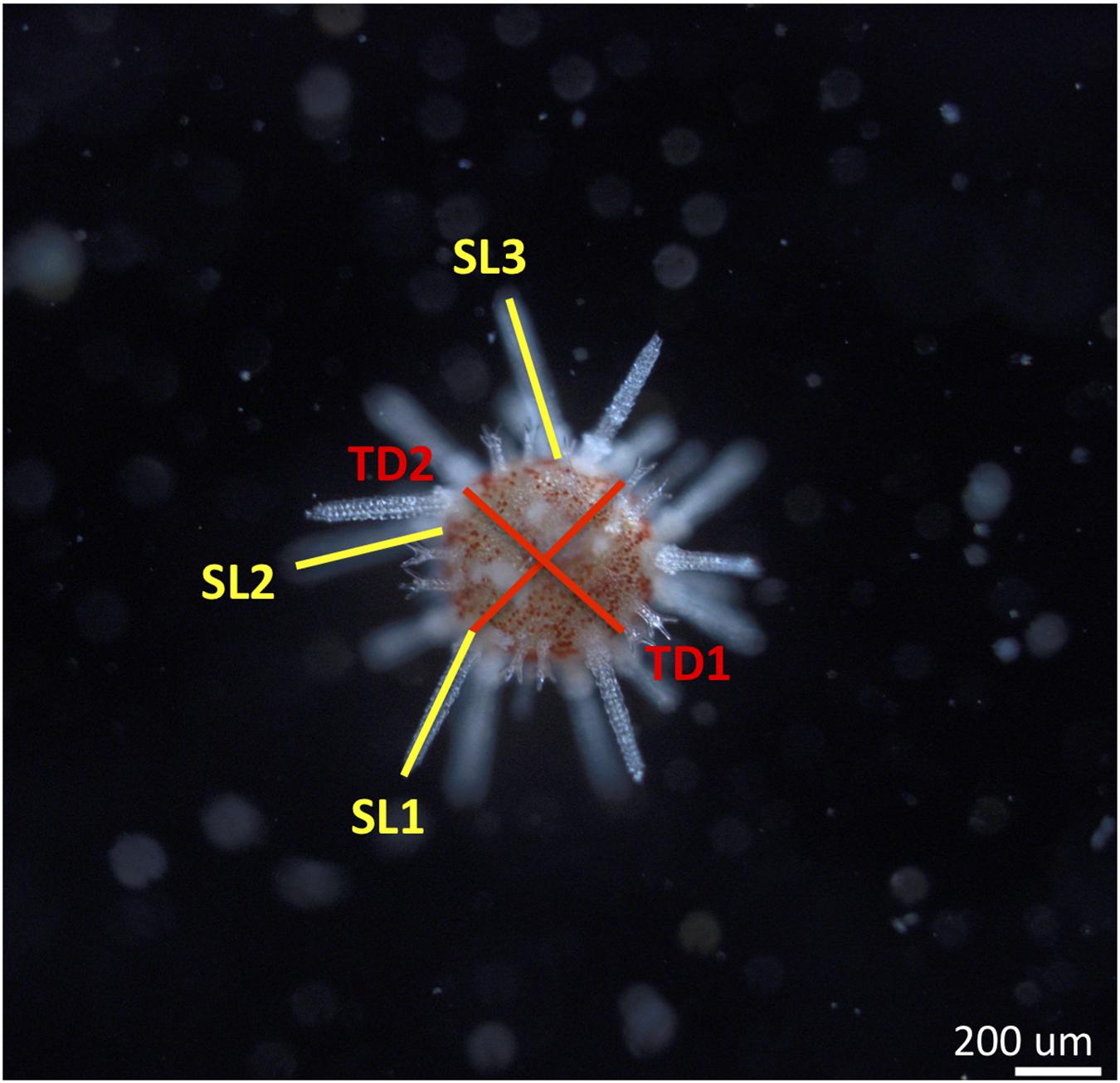 Chemical changes in the diffusive boundary layer (DBL) generated by photosynthesising macroalgae are expected to play an important role in modulating the effects of ocean acidification (OA), but little is known about the effects on early life stages of marine invertebrates in modified DBLs. Larvae that settle to macroalgal surfaces and remain within the DBL will experience pH conditions markedly different from the bulk seawater. We investigated the interactive effects of seawater pH and DBL thickness on settlement and early post-settlement growth of the sea urchin Pseudechinus huttoni, testing whether coralline-algal DBLs act as an environmental buffer to OA. DBL thickness and pH levels (estimated from well-established relationships with oxygen concentration) above the crustose coralline algal surfaces varied with light availability (with photosynthesis increasing pH to as high as pH 9.0 and respiration reducing pH to as low as pH 7.4 under light and dark conditions, respectively), independent of bulk seawater pH (7.5, 7.7, and 8.1). Settlement success of P. huttoni increased over time for all treatments, irrespective of estimated pH in the DBL. Juvenile test growth was similar in all DBL manipulations, showing resilience to variable and low seawater pH. Spine development, however, displayed greater variance with spine growth being negatively affected by reduced seawater pH in the DBL only in the dark treatments. Scanning electron microscopy revealed no observable differences in structural integrity or morphology of the sea urchin spines among pH treatments. Our results suggest that early juvenile stages of P. huttoni are well adapted to variable pH regimes in the DBL of macroalgae across a range of bulk seawater pH treatments.